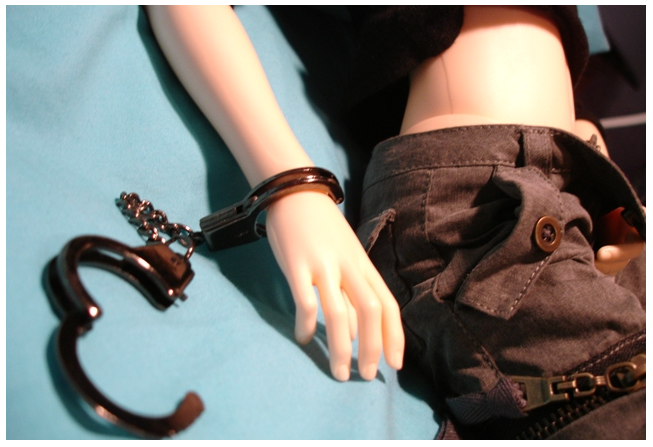 If I'm being honest, I don't really want to be here today. I hope that doesn't offend anyone who is taking the time to read this, but I've made a habit out of being honest in this space and I feel like that is the biggest truth running laps in my mind right now. I've started a new medication that's keeping me off balance, constantly guessing how I'm going to feel from one moment to the next. I've gone from sick to my guts to high as a kite, wired as hell to a full bodied exhaustion that I can't remember ever experiencing. They say that all of the side effects will even out as the medication does because it is attempting to bring balance my body's chemistry after all, like putting myself in a blender and then pouring the contents into a Robert-Shaped mold.

I woke up today after being kind of drug addled and euphoric until 2am, feeling  like someone would expect to feel if they spent last night drug addled and euphoric- more or less like beat up dog turds. But there's something missing that I noticed right away, gauging suspiciously at first and then allowing myself to acknowledge the feelings in my own head.

There has been an anxious pain, twisting my muscles into balloon animals and threatening to pop them if I don't keep them nearby, protecting the pain like I am a vigilant parental sentinel standing watch over her eggs while predators lurk nearby, waiting for me to slip so that they can devour the fruit of my body. At this point, I don't know if I am just too tired to carry that extra burden right now or if it is really gone, all I know is that I've spent all of this week with it by my side, stitched to my body like Peter Pan's shadow, and for today at least, it isn't there. In its place are little waves of nausea and the prologue to a headache forming in my eyes, jitters and shakes that convulse through me like I am constantly experiencing the sensation of falling... but I would put up with a lot, I would sooner take a knife to the gut than invite that hostile presence back into my life willingly. I woke up today feeling like it was possible to see myself, even if only through bleary and drained, tired eyes. I am more than the sum of my emotions. I am not the nervous energy that chokes my arms and legs and stomach, tightens my shoulders and claws at the nerves in my neck. My emotions are only a filter that can either purify or diminish that which I truly am.

You done? Okay, thank you. Now here's the point:

I never met the guy personally, and I can't say for sure how anyone else would interpret those words, but I would wager that most people read that quote and are comfortable boiling it down to "Be not judgmental." Is that more or less what you took away? It's okay if it is. That's how I read it at first. But it stuck in my head and begged for more attention than that. I was fixated on it for weeks and I couldn't wrap my head around why that might be. Today I think I figured out why that is. I believe we are ascribing a negative connotation to the word judgment, that we focus so heavily on that half of the phrase that we are pretty much reading it and saying, "Yah Walt- judgment's bad. Don't do that, bro."

Doesn't the word judgment sound filthy and negative? Judgment brings to mind images of a smug, superior asshole sitting on his high horse and handing out cemented views like they were gospel. To me, judgment sounds obtuse, unchanging and wrong. I thought it was interesting that the word judgment is associated to me with the word "wrong." In Walt's time, I don't think that the negative connotation for that word was so heavily regarded though. Surely, we make judgments every day that are healthy and wizened by our experiences. "I look fat in this outfit, so I'm going to wear another one that makes me feel more comfortable." or "Driving home after a few drinks seems dangerous. I'm not going to do that."

When I think of casting judgment, I think of raining fire and brimstone down on someone else. I could say, "That guy is a wreck," but I can just as easily say, "I think my fiancee is beautiful"- and I do- and nobody would argue or think I was being a superior asshole by making that proclamation, but it is no less a judgment just because it is positive.

As a writer though, I spend a lot of time trying to tap into the other half of what good ol' Walt was saying, the "Be curious" part. Eventually, I realized that was the part of his quote that I was uncomfortable leaving behind like sentence roadkill. Think of it like this: "Remove judgment and in its place, cultivate curiosity," and not just to empathize with people whose views you don't share, although it can be helpful then as well. If this is all sounding super hokey, hang with me on this. In order to remove judgment, release your definition of everything. Do not call a computer monitor what it is. How would you describe it? What makes a computer monitor a computer monitor? What makes one good or bad at being what it is? Could it be improved? How is it better than computer monitors that you've used before? Does it need maintenance or cleaning?

Then we start to see all of the elegance and beauty of the object, in equal parts with its flaws, and we end up with a clearer idea of what the object actually is. So I ask not why my fiancee is so beautiful, but I ask myself why is she so beautiful? And I come up with reasons like the vibrant life in her eyes, the stately grace with which she conducts even the most mundane tasks, slender fingers that beg to be woven between my own, skin so soft I want to rub it against my cheek, kiss the back of her hand like it was as fragile glass because it's hard to believe that something that feels so delicate could actually be as powerful and strong as it really is.

I would challenge those of you who are still reading this to practice this way of thinking for a week. Look at an object with the eyes of a child who has yet to cement such potent definitions to everything we see around us. Try not to classify everything in terms that are so quickly recognizable that we can see an object, classify it, and disregard it in the same breath. Take one minute or five, or take all day in the back of your mind, dissecting whatever coffee mug or favorite pen you've been taking for granted. Then the next day, switch it up and find something else. Limit yourself to one object per day though to make sure you are not moving on too quickly, take notes and keep a log. Releasing judgments is hard, but with practice I think you will start to reclaim some of the wonderment we've squeezed from ourselves in order to make room for responsibility and duty, progress and work. Maybe a few days in, if you're feeling confident, try doing this with an object that you are not particularly fond of. Ask yourself questions and answer them, challenge your opinions and shake the foundation of what you believed before starting the exercise- it may not change your views, but in the worst case scenario it will make those beliefs more firm and guided by reason. You might even find an admirable quality beneath all of the things that you despise about this object. Then, at the end of the week, try doing this with a person that you love and let yourself feel your appreciation for what makes that person so special magnify. If you're an artist of any kind, I think this is extremely helpful. Some of my best stories have come from the inspiration this practice provides, some of my favorite characters have been developed by using variations of this exercise, asking myself why the world I've created in my mind would be the way that it is, but I never thought of applying it to the world around me. For that, I say thanks Walt. Much appreciation.

If any of you take me up on this, I'd love to hear the results! You can share them in the comments here or on my twitter @uwgpod using #curiosityexperiment

"When we stop accepting the world for what we have been told that it is, we are free to discover what it could be."

-Robert Wren
Posted by Walter Polyglot at 10:35 AM